Spring is sprung, a walk around the property

I went for a perimeter walk around the property — all 15.4 acres of it. That’s a bit over a kilometer of fairly rough terrain — I really should brush-hog it off before the saplings become trees and the wild rose bushes become even more impenetrable brambles. Still, with all the rain and plenty of sunshine, it’s a riot of growth out there. My neighbor’s tractor hasn’t been run for a week, and look at it. Then try to find my tractor which hasn’t run in over a year in the next photo.

Wildlife: the pond is higher than I’ve seen it in years, and I counted well over a dozen turtles snorkling around and about as many frogs jumping in whenever I moved. Deer signs are in abundance, as they like the overgrown brush and high grass back there, though I only spotted one as it ran away from me. Found one turkey nest, no eggs, but with the weird weather they may already be hatched and gone. I’ve seen the groundhogs around and heard foxes and coyotes, and what may have been a bobcat a few nights ago. I haven’t seen any possums, but they’re pretty reclusive. I like them, they eat ticks by the hundred, and despite wearing dark clothing and not using any repellent, a long walk in the grass and brush turned up no ticks, so that’s a plus.

Fruit wise, it looks like I’m in for a bumper crop of berries this year: the dewberries and blackberries are starting to get plump and should be ready in a week or two and have actually started blooming again, the endangered black raspberries look like they’re going to start ripening soon, and the wineberries should be ripe around early July. One of the cherry trees looks like it’s got more fruit than it’s had before, but they usually mold and fall off before ripening, so we’ll see how they turn out this year. Looks like the greengage plum didn’t set fruit this year, I should look into some cross-polination for it I think, and three of the smaller apple trees also look like they failed to set, though the two big ones look good. The walnuts look like they’re having a good year, so should have a good crop next year unless the weather really decides to go crazy this summer.

In wild plants, The Russian Olive, or whatever the heck it is that’s almost taken over a good chunk of the back field, is also going strong, and if they had tastier fruit I’d let it be, but I’m thinking of cutting as many of them down as I can if I can find the time, they’re definitely a invasive species. I’m seeing a good crop of milkweed, though I’d like more so may try harvesting and planting seeds when they mature in the fall. Even the strange cactus that grows in one rocky section looks ready to bloom wildly — if it does set fruit, which it only does every three-four years, I think this year I’ll try to beat the birds and the deer to the fruit and try planting the seeds in a few other areas, see if they can colonize more of the yard. The native lily looks like it didn’t do so well this year, but it’s early yet.

The big winner, though, is the poison ivy. Despite the annual eradication campaign I wage every year, its everywhere: mixed in with the berries, in all the paths, in the clearings, in the woods, vining up the trees, even a shrubby variety, I think, that’s starting to invade the cacti’s area. There’s probably poison ivy somewhere in every photo below. I’m not sure what to do about this, I hope it self-corrects when things dry out but right now I’m stopping in the laundry room on the way into the house after walking around back there and stripping before going in, because I’m basically wading in the stuff. Despite one fall into a mix of berry brambles and poison ivy, I seem to have managed to wash off any urushiol before it set in, except for one small patch on my right hand.

Hmm, Craigslist has a Gravely walk-behind brush hog for a decent price listed, might see if that’s still available and get started on some brush removal.

Pics below of the various plants, animals, and so on. Also, goats!

Can you find my tractor? 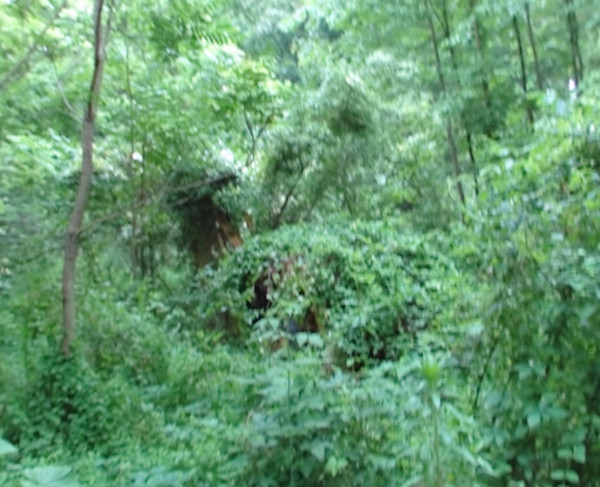 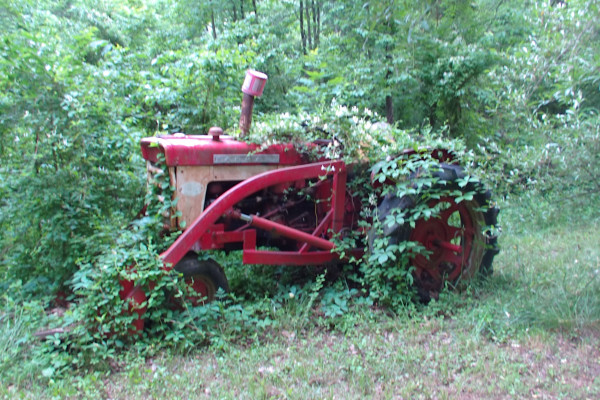 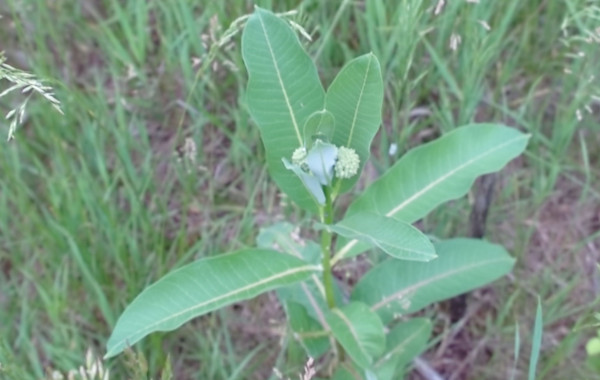 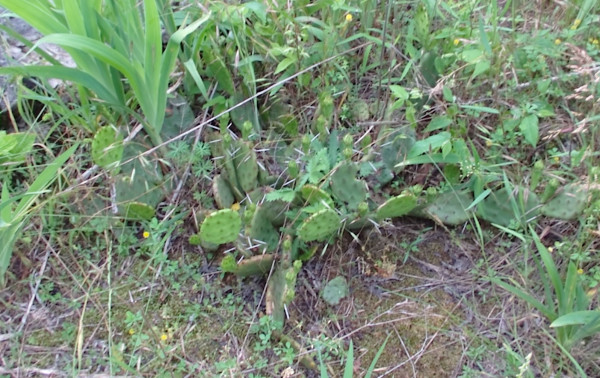 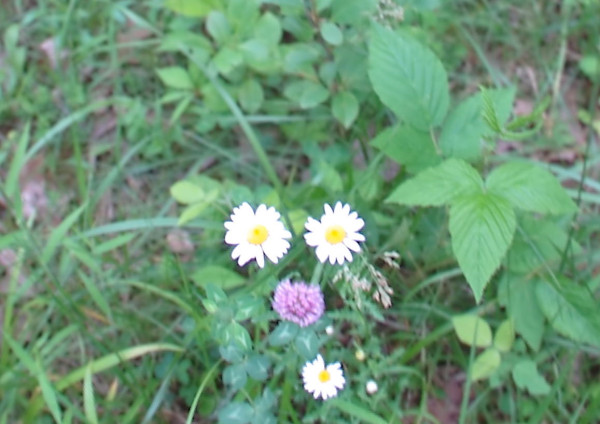 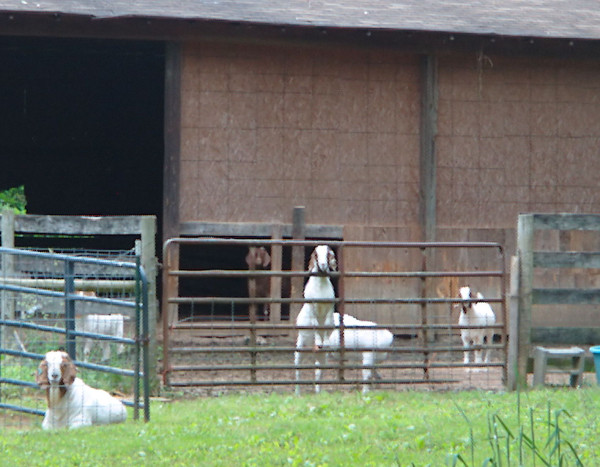 Some of the blackberries, already setting fruit, but still flowering and setting more fruit. 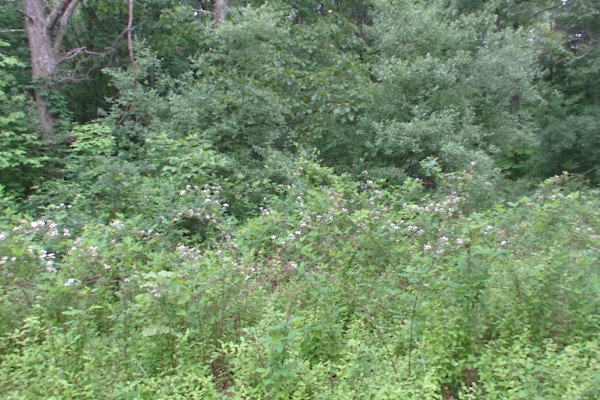 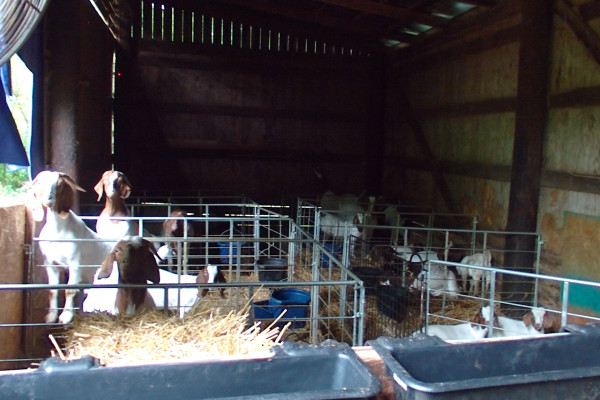 Pond. The dark spots in the water are turtles 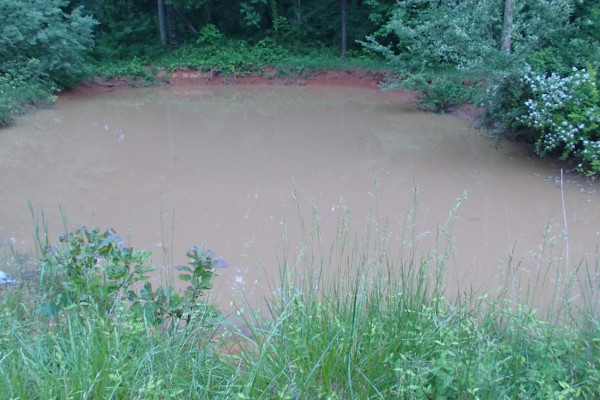 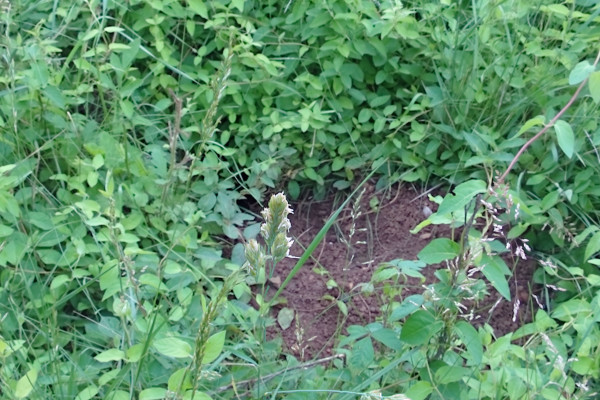